...for all the things you took away

Anything and everything Everclear. 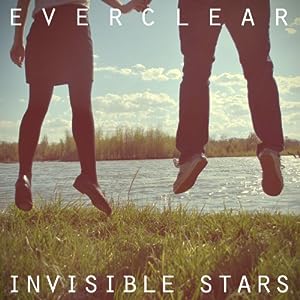 I like!
"I think in all my songs, even though they seem depressing and dark, there's always a light at the end of the tunnel. It might be a long ass tunnel, but there's a definitely a light." - Art Alexakis
Top

Not too bad. I like it! Hope they upload the playlist soon.
Top

I really like it. I would be interested in knowing where the picture was taken.
"We can get lost in the fall glimmer sparkle and fade"
"dumb rock hard and good to go"
Top

I don't think this "editorial review" was up when I first posted the album artwork. It mentions a few song titles - "Tiger in a Burning Tree" and "Promenade" are new titles to me.

"Multi-Platinum band Everclear return with their eight new album, and their first in six years, Invisible Stars. Frontman Art Alexakis says Invisible Stars is a record that wanted to be made, as opposed to a record that I wanted to make. This is a collection of songs that wouldn't leave me alone. They are full of melody, big guitars, sarcasm, humor and a firm eye on the light at the end of the tunnel, walking the line between sounding like a classic Everclear album of the late 1990's and a contemporary rock record. This is a record I have been waiting to make my whole life. The album boasts 12 exciting new tracks, from album opener Tiger In A Burning tree, to Be Careful What You Ask For to Santa Ana Wind through to the end with Promenade. Invisible Stars is a thematic collection of songs from the perspective of someone who has ridden the rollercoaster, and has got back in line. Everclear, like its charismatic front man, has grown up a bit, and at the same time, Everclear (again, like Art) refuses to grow up and play nice."

This is the best album cover they've had IMO.
Top

Getting really excited for this.
Top

Holy cow! This write up has me really excited. I mean, so does the single, the artwork, the tour and hearing from Freddy, but this write up is really good. Go, Art!
I have made it through bruised and scarred and half alive.
Top

I agree the art work is cool, but the write up really psyched me up for this even more. Hoping that somewhere in those 12 tracks is Almost Instant Karma too.
Spongebob is not a contraceptive -(Simpsons)

I agree, probably the coolest EC album cover aside from SMFTA which I have always thought was neat.
There're people who said I used to be a dwarf. Just not true! I was a dwarf tosser for a while, but I was young, it was dark, it was raining. -Art
Top

Are they floating or jumping?
Top

That's a pretty dark interpretation, but I can see it too. Still I think that they are jumping and not hanging themselves.

In general I really like this cover. It could be their best.
You suffer from depression, it don't mean that you're sad.
Top
Post Reply
26 posts